Say there’s a mattress company that’s just designed a revolutionary new waterbed. Upon the model’s release, sales are less than stellar, and the business is struggling to make headway in the unforgiving, dog-eat-dog world known more commonly as the waterbed industry.

The company decides it needs to make a concentrated effort to stand out and looks to its marketing department for answers. The marketers at the company decide to promote a contest — one where consumers submit videos of themselves drinking individual glasses of water in creative ways.

Whoever submits the video deemed most creative wins a free waterbed and an all-expense-paid trip to Water Country — the preeminent waterpark in the greater Portsmouth, New Hampshire area.

To enact this campaign, the company sends out promotional email blasts to its subscribers. Its blog writers place calls-to-action referencing the sweepstakes in their posts. The company runs TV and print advertisements detailing how consumers can enter. And finally, its social media team regularly posts participants’ submissions across its various profiles.

The process that company undertook — its cohesive coordination of its marketing channels to work in tandem for its campaign — is known as integrated marketing.

It’s a practice that can have tremendous payoffs, but there are some typical pitfalls that many companies that attempt it often run into. Here we’ll discuss some common integrated marketing mistakes and how to avoid them.

Integrated Marketing Mistakes and How to Avoid them

Messaging is the lifeblood of successful integrated marketing campaigns. It’s the focal point that ties your various channels together, and its efficacy often hinges upon your sense of cultural awareness and flat-out common sense. If your messaging is offensive, hypocritical, or unjustifiably controversial, you’re setting your entire integrated marketing campaign up for failure.

Case in point, Levi’s “Hotness comes in all shapes and sizes” campaign. Though the underlying principle of Levi’s campaign sounded good on paper — empowering women to feel comfortable in their own bodies — the way the company executed its messaging was completely off-base.

Though the campaign was rooted in the idea that women of all “shapes and sizes” were beautiful, their marketing materials only featured thin models. 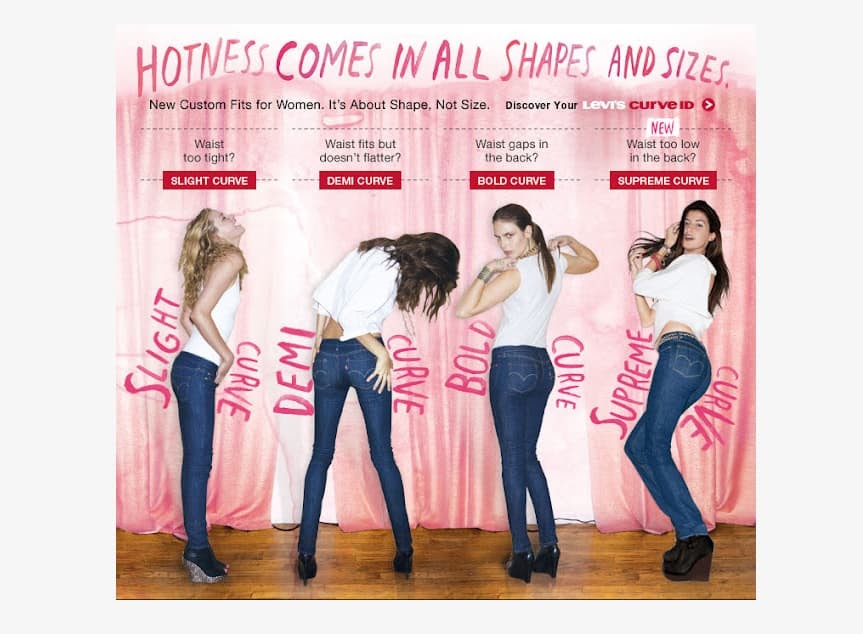 Levi’s messaging was misguided, hypocritical, and lacked self-awareness. In other words, it was tone-deaf. The advertisements ran in print and online, but the controversy they stirred poured over into social media and the general blogosphere. Ultimately, the campaign might have been more trouble than it was worth.

The best way to avoid this potential pitfall is to run your core ideas and materials by a diverse team that can identify which aspects of your messaging might go awry. Your consumer base and the world around it have a variety of perspectives, so it’s in your best interest to have different voices partially vet the messages the general population is going to hear.

Successful integrated marketing efforts often rest on lessons learned from previous campaigns. Your integrated marketing initiatives need to be the byproduct of creativity within parameters set by knowledge and experience — accrued, in large part, through results analysis. That’s why it’s surprising to see so many companies hastily analyzing campaign data or neglecting to do so altogether.

Integrated marketing is a matter of progression. Your campaigns can’t be a series of entirely independent, uninformed, “I have a feeling this will work” events — they need to have some factual, analytical basis to them.

If your campaign produces a considerable amount of raw data. Don’t gloss over it. If no one within your organization can thoroughly make sense of the information, seek the advice of outside experts.

One way or another, make sure any results your campaigns produce are comprehensively analyzed and understood. Doing so will ensure you have legitimate, factual insight behind the choices you make with your future integrated marketing efforts — not just hunches and speculation.

3. Making promises you can’t deliver on

In 1996, Pepsi enacted its “Pepsi Points” integrated marketing campaign. The company ran ads through print and on television to promote a system where consumers could collect “points” through labels on Pepsi products that they could redeem for prizes like t-shirts and sunglasses.

The campaign was partly centered around a tongue-in-cheek bit about how consumers could redeem 7 million “Pepsi points” for a Harrier fighter jet. One advertisement featured a teenager flying the plane to school saying, “This sure does beat the bus!” 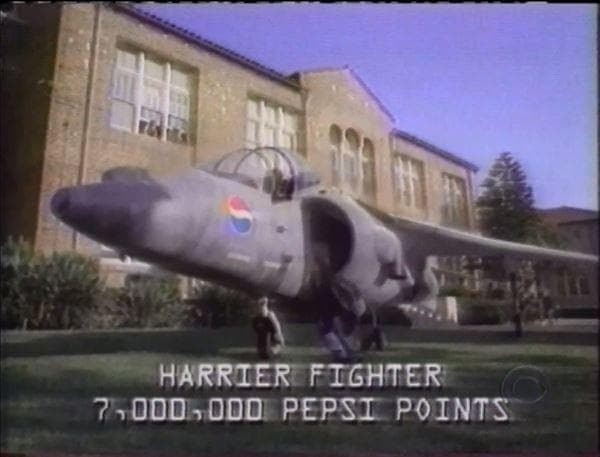 As I said, the advertisement was intended to be a joke, but a 21-year-old business student decided to take it seriously. He realized that it would cost $700,000 to accrue enough Pepsi points to buy the jet — which was valued at roughly $33.8 million. After finding enough investors to lend him the money he needed, he tried to buy the jet from Pepsi.

When Pepsi told him that they weren’t going to sell him a military-grade fighter plane for less than 2% of its value, he took them to court. A surprisingly extensive legal battle ensued before the courts officially ruled that the campaign was clearly in jest — saying, “The callow youth featured in the commercial is a highly improbable pilot, one who could barely be trusted with the keys to his parents’ car, much less the prize aircraft of the United States Marine Corps.”

Still, Pepsi’s integrated marketing campaign — where they supported their sweepstakes and point redemption system with print and television ads — was a bit careless. Though the company was making a joke, it was still making a promise that someone might take advantage of.

That’s a factor to be mindful of when constructing your integrated marketing campaigns. You always have to walk the walk. For instance, if you’re aligning your marketing channels and messaging with a specific social justice cause, you have to practice what you preach.

Integrated marketing campaigns often have a single, fundamental focal point. If yours is in that boat, make sure you understand what’s at its core and any promises it might imply. If you can’t handle them, you’ll need to adjust your efforts.

Integrated marketing is the practice of creating a cohesive brand experience. And cohesion can often be measured by how seamlessly consumers can transition from channel to channel. Make sure you’re comprehensive in addressing any overlaps between different marketing facets — no matter how insignificant they might seem.

For instance, your email signature is an excellent place to plug your social media handles, website URL, or video links. You can include links to your website, blog posts, content offers, or other digital content in your social media bios. And your blog and website are prime territories to incorporate social sharing buttons.

Almost every channel presents some sort of potential for crossover. The steps required to get the most out of those opportunities are easy to take and offer consistent, substantial payoffs. So take the time to go through all your channels and see if there’s room for cross-promotion. If you’re thorough and thoughtful, you’re bound to find different ways to link the various aspects of your integrated marketing efforts.

5. Lack of Commitment to Cohesion

Integrated marketing takes a special kind of dedication. If you’re marketing through a single channel like television ads or email campaigns, addressing the issues and challenges the campaign might raise tends to be fairly straightforward.

The company opts to implement an integrated marketing campaign to promote it. The focal point of which is trying to get users to post videos of them using the grill to dance to the campaign’s official theme song, “Big Girls Don’t Cry” by Fergie.

That’s what its TV spots, email marketing efforts, digital videos, and company blog are all pushing. But the campaign stalls as soon as it starts. Very few people are posting the videos Jay’s Sandwich Systems had hoped to see.

The company’s social media team notices that people online don’t think the song pairs well with the machine. Instead, there’s a movement where social media users are posting videos of the grill playing Judas Priest’s “Breaking the Law.”

A solid commitment to cohesion in this situation would entail the social media manager relaying that information to the other departments. They would communicate clearly and determine whether it would make sense to shift the marketing efforts across their various channels away from Fergie to Judas Priest. If it made sense financially and culturally, they would make the shift across every channel that was part of their campaign

If your channels are completely siloed without consistency and communication, your integrated marketing campaigns won’t actually be integrated. Cohesion is mission-critical in these types of efforts. If your whole marketing team isn’t prepared to commit to that, you’re kneecapping the potential efficacy of your campaign.

In all likelihood, the success of your integrated marketing campaign is going to rest on your channels’ ability to move and adjust together. You have to maintain a cohesive message, and that takes thorough planning and consistent communication.

If the ideas at your campaign’s core are sound and well-informed, and you’re prepared to keep all the aspects of your marketing efforts on the same page, you’re going to be in a good position to implement an effective integrated marketing effort.